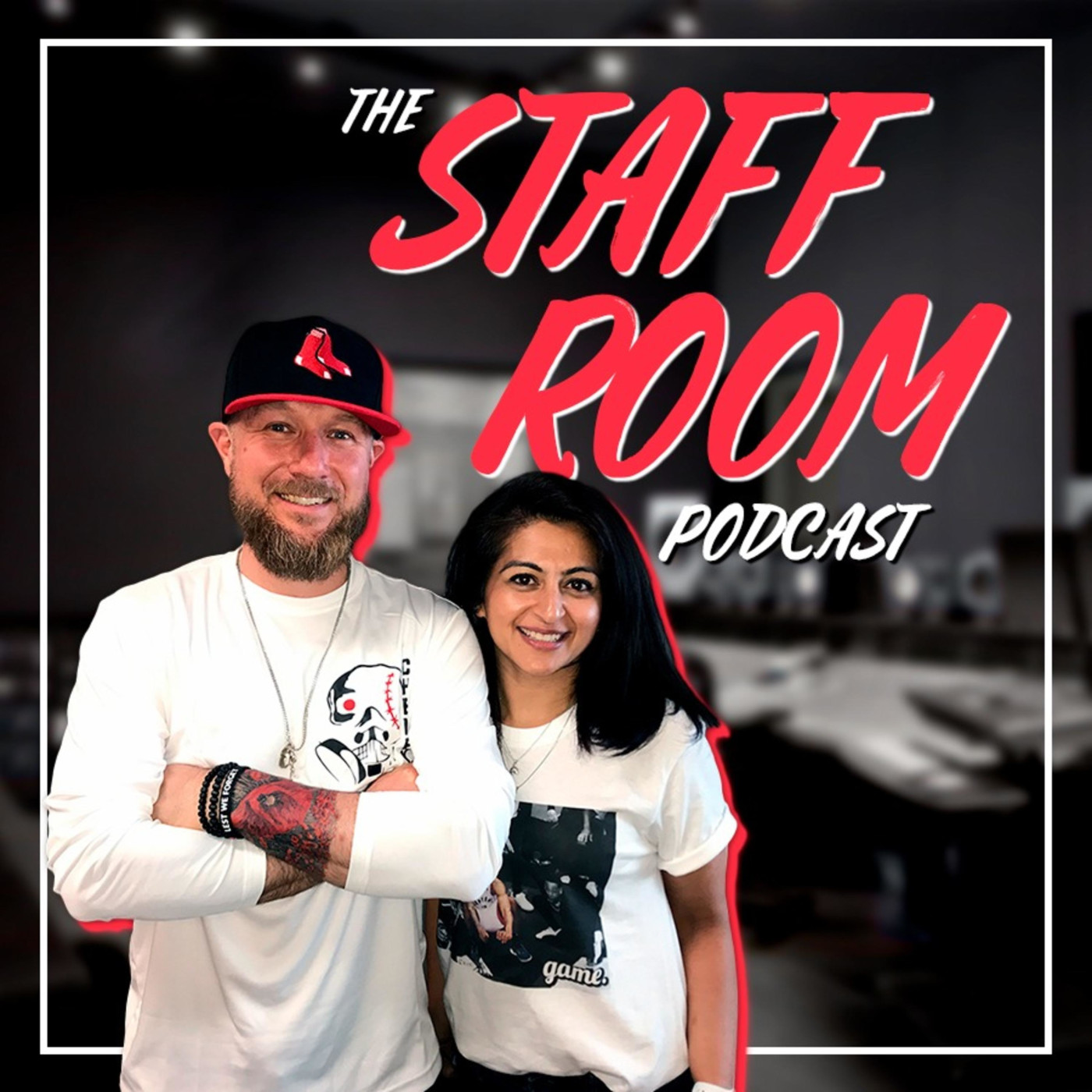 Chey and Pav, two experienced middle school teachers from the Greater Toronto Area in Ontario, Canada, take listeners through the in’s and out’s of the field of Teaching, Learning and Leadership. Through their anecdotal, yet often comedic banter, laced with caring insightfulness, they take their audience into a conversation that is surely eye-opening and entertaining, while tackling some of the real, and ever-changing issues that exist in Education.

In Season 1 Episode 17, Chey and Pav come back from Holiday Hiatus to record their first full-length episode of 2020, with the topic of #OneWord2020, an idea they came across on Twitter not too long ago. In this Episode, Chey and Pav reflect on their One Word, which is “Us.” Pav talks about how the journey for the Staffroom began on Twitter about 6 months ago, and concepts like #OneWord2020 were totally new to them. They had only just come across the whole idea a few weeks prior to the new year, and thought it was a wonderful idea, and something they could definitely get involved with. Chey and Pav thought that the word “Us” best encapsulated their partnership from the beginning of their podcasting journey, but also captured the inclusion of their professional learning community on Twitter as well. Going forward, they also want it to include everyone else in the field of education; administration, caretaking staff, office staff, occasional teachers – everyone that is involved in creating the perfect environment, and the ideas and philosophies behind the field of teaching altogether.
Pav talks about using the One Word as a Mantra to meditate on for the year. This is how she presented the concept to her class, and was a way to be able to show her students the way to really be intentional with the word over the course of the year. Chey brings up the fact that the word should be a way to define a person’s mindset over the course of the year, and also beyond.
The pair talk about some of the words they came across from other people on Twitter. Pav talks about a word that fellow podcaster, Michael Earnshaw presented in his blog: “Water.” Chey talks about a favourite word from our 3 Enlightened Minutes guest Tony Coppola, which was “Punchline.”
Chey and Pav introduce their 3 Enlightened Minutes Segment, in which Tony talks about his journey to a new teaching philosophy, and finding the Joy in teaching.
The duo talks about how they incorporated #OneWord2020 in their own classrooms, and gave some examples of some of the great words they came across in their classes.
———————————————————–
You can Check out our 3 Enlightened Minutes Guests: Tony Coppola at:
Twitter:
@MrCoppola
Blog:
mrcoppola.home.blog
Check our Michael Earnshaw’s blog post about his #OneWord2020:
Twitter:
@mearnshaw158
Blog:
principal-on-a-skateboard.blogspot.com
———————————————————–
Chey and Pav are part of the School Rubric team. Check out their Origin Story in InterACT magazine here:
https://schoolrubric.com/publications/articles/perspectives/item/105-the-staffroom-podcast-with-chey-and-pav-an-origin-story
They also post weekly articles based on their most recent episodes! Catch those in the Perspectives section of the School Rubric website here:
https://schoolrubric.com/publications/articles/itemlist/user/318-thestaffroompodcast
Stay in touch with Chey and Pav Through Email and Social Media
Email:
thestaffroompodcast@gmail.com
Facebook:
https://www.facebook.com/staffroompodcast/
Instagram:
https://www.instagram.com/the_staff_room_podcast/
Twitter:
@staffpodcast